The parody cryptocurrency shiba inu coin just climbed to an all-time high and is one of the biggest digital currencies by market value.

Shiba coin — which appears to be inspired by dogecoin, itself a meme currency — is up more than 40% over the last seven days, according to CoinGecko. The website ranks the coin as the 11th biggest cryptocurrency.
The token has gained more than 45 million percent in the past year, the site indicated.
It later fell about 10% from its all-time high after Tesla CEO Elon Musk — who is a big fan of dogecoin — tweeted that he does not own any shiba coin. Musk's tweets have frequently moved crypto markets.
Like another quirky digital currency Dogecoin — which is the ninth biggest crypto by market value — shiba coin features the Shiba Inu dog as its mascot. Its meteoric rise has made some investors millionaires overnight.
The coin has also won a handful of celebrity backers, from former boy band stars to pro athletes.
Earlier this year, Ethereum co-founder Vitalik Buterin made headlines by donating $1 billion worth of shiba coin to a Covid-19 relief fund in India.
A Change.org petition urging trading platform Robinhood to list shiba inu coin on site has garnered more than 300,000 signatures.
Other popular virtual currencies have also seen explosive growth. Bitcoin, the world's most valuable cryptocurrency, hit an all-time high of nearly $67,000 per coin last week, topping the previous record set in April. 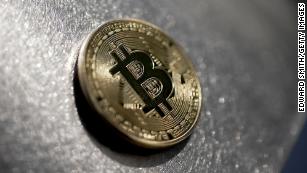 The first bitcoin ETF finally begins trading
Bitcoin prices have surged 50% this month, from just under $44,000 at the end of September. Bitcoin is currently trading at almost $62,000.
The pop has been fueled by renewed hopes that regulators in the United States would not crack down on cryptocurrencies, support from big investors such as George Soros and the launch of the first exchange-traded fund tied to bitcoin futures.
Original article: https://www.cnn.com/2021/10/25/business/shiba-inu-coin-price-soars-hnk-intl/index.html
Share Share on Facebook Tweet Tweet on Twitter Pin it Pin on Pinterest